Over the last year, I’ve been extensively researching and wasting time on an effect called clock drift in the multimedia domain. Clock drift is the deviation of a clock’s speed from the word time standard‘s speed, resulting in shifts in sampling rates, and this shift leads to parallel recordings from different devices not being synchronizable without manual post-processing. Because each recording is sampled a bit differently, they all run at a slightly different speed when played back in parallel on a single device, like it happens in a non-linear editing system on a computer workstation. To conclude this topic, I have just published an Android app called ClockDrift, which helps to measure drift in multimedia devices. I have also written an accompanying ClockDrift App User Guide and a general introduction into the topic, Clock Drift in Multimedia Recordings. 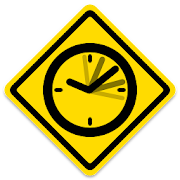