ClockDrift is an Android app that serves to measure clock drift, resp. time drift, in multimedia playback and recording devices. Clock drift leads, among others, to problems of differing playback speeds when synchronizing multiple audio and/or video recordings from different recordings devices. This app helps to measure the drifts in devices, making it easier to remove them in post-production, and helping to find devices that go well together with minimal relative drift. It basically works by playing back a test tone on the device that wants to be measured, and analyzing the tone on the measurement device running the app. It was developed as part of a research project at the Institute of Information Technology at Alpen-Adria-Universität Klagenfurt.

Here’s a short video introducing the problem and demonstrating the usage of the app:

You want to videotape a one hour long talk of a colleague with two smartphones from two perspectives. A shot of the full scene with the first, and a close-up of the speaker with the second. You then want to load them into a multitrack video editor on your computer, synchronize them and produce a nice video by dynamically cutting between the two recorded angles. Since you have an LG Nexus 4 and a Samsung Galaxy SII phone, you want to find out if it is a good idea to use these two devices for recording, you measure them with ClockDrift, and you discover that there’s a relative drift of 16.4 milliseconds per minute between them, amounting to an offset of 1 second after an hour – which is definitely too much and totally destroys every synchronized experience. Since your colleague has just bought a new LG Nexus 5 phone, you ask him to provide it for a measurement. You discover that the drift between the Nexus 4 and Nexus 5 is much lower at just 0.2 ms/min, which amounts to only 12 milliseconds after an hour, low enough for a great recording and video production experience.

A measurement involves two devices. The device to be measured, which can be an arbitrary multimedia device, and the measurement device, which is an Android device running ClockDrift. By default, the measured drift is the relative difference between the two devices, which suffices to determine with similar drift rates for parallel recording purposes. The app offers also a calibration option called drift compensation, which, when correctly set, turns the device into an absolute measurement instrument to measure the absolute drift from the true time (UTC).

Install and start the app on both devices. Make sure they are set to the same frequency (default is 440 Hz), select “Play Test Tone” on the device to be measured, and hit “Analyze” on the measurement device. The measurement device needs to hear the test tone, and for accurate measurements, it is advised to keep background noise to a minimum.

Starting with Android 4.0, ClockDrift supports Android Beam. You can beam the app to another Beam-enabled Android device, which starts an automatically configured measurement (or installs the app if missing). The device that initiates the beam is always going to be measured by the receiving device, which also automatically receives data about the device model being measured that shows up in the results.

First, set up a test tone. To measure an arbitrary device like an audio recorder, a computer soundcard, an MP3 player, a video camera, an iPhone or iPad, open the app and select “generate test tone” from the menu on the action bar (top right). This generates a test tone with a length of one minute by default. When the process is finished, you can find a wav-file in the root directory of your device storage, named testtone-*.wav. Copy this test tone to the device that you want to measure and play it back. Alternatively, if you want to measure another “smart”-OS like Windows Phone or iOS, you can look for a frequency generator app, set its output to the measurement frequency, and play the test tone from there. Keep in mind that the measurement device needs to hear the tone, hit “Analyze” in the main screen of the app and watch as it measures.

The main screen is the entry point to the apps functions. It offers the following options:

Frequency selector: This is the frequency that will be used for the drift analysis. There are presets to choose from, but you can also set a custom frequency with the slider or by tapping the frequency label and typing it in. You need to take care that for a measurement, both devices must be set to the same frequency (which is automatically set when using Android Beam), the playback device’s hardware must be able to emit the frequency, and the measurement device’s hardware must be able to pick it up. Technically it doesn’t have an important impact on the measurement quality.

Play test tone: Used on a device to be measured. It just plays back the test tone that the measuring device picks up and analyzes. This is a convenience function for Android devices, other platforms can use frequency generator apps of a generated test tone file.

Analyze: Starts a measurement and analyzes the incoming signal.

Analyze Video: Since Android doesn’t allow to directly access the audio data stream in a video recording process, this option provides the possibility to load and analyze a pre-recorded video from a camcorder app. Only available in Android 4.1 and up. Read more about video analysis below.

Self Analyze: The app measures its own device by playing back the test tone through the speaker and directly picking it up from the microphone and analyzing it. It can be used to check if the device supports the selected frequency, e.g. when getting a continuous “weak signal” warning on the analysis screen. Can also be used to check if the playback and recording pipelines use the same clock signal, which is typically the case since all of that functionality is usually in one and the same audio processing chip. The measured drift should be zero and is usually oscillating with a small variation around zero.

The action bar menu on the top right (3 vertical squares) provides access to the settings screen, this online help, and the about screen with build information and licenses of the Open Source libraries that the app is using. The Test Tone Generator opens a dialog to generate an uncompressed mono PCM wave file that gets saved to the root directory of the device’s memory named testtone-%samplerate%-%frequency%.wav. It can be copied to arbitrary playback devices for measuring their drift.

The analysis screen is the core of the app and displays results on-the-fly as the incoming signal is analyzed. It is divided into 3 areas. The button on the action bar resets all values and restarts the measurement.

To stop or finish a measurement, just press the back button. A result screen will appear, showing a summary of the measurement.

After finishing a measurement, the measurement result summary screen shows up. It gives the opportunity to dismiss the data by pressing the discard button on the action bar, or to save the data by just pressing the back button to return to the main screen. This screen offers meta two text fields to describe the measurement, namely the measured device (which is used in the results list and automatically filled when using Android Beam) and additional notes. The measured drift value can again be switched through the same units like in the analysis screen.

Saved measurements are collected in the results list that can be opened from the main screen. It gives an overview over all saved measurements ordered by descending date. The measurement summary screen can be accessed by a short press, which again offers the possibility to edit the meta text fields or delete the measurement. Results can also be batch-deleted by long-pressing an item, selecting multiple results, and pressing the delete button on the action bar.

The measurement result summary screen offers an option to submit the results to a University server. The aim is to collect many measurements to be able to detect absolute drift in often used devices automatically, and maybe even automatically calibrate ClockDrift for absolute measurements on selected devices. We also want to find out how much the drift varies between devices of the same type, make and model and if a database of device drifts can be generated automatically.

A measurement can only be submitted once. It includes the data of the three series in the graph and metadata (manufacturer, model) about the measured and submitted devices. Please take care to enter the correct name of the measured device before submitting, and also to not submit any confidential or private information that you may have written into the meta text fields.

The settings screen contains mostly options that can be left at their default settings.

ClockDrift is designed to measure the drift in audio sampling clocks and operates on the audio hardware only. Precise measurements in the lab have shown that the drift slightly changes when recording video instead of pure audio, from which I assume that

Starting with Android 4.1, ClockDrift supports measurements in prerecorded video files (Analyze Video option in the main screen). To determine if a device has different video and audio clocks, a measurement should be conducted twice. One time directly with the app, the second time by prerecording the test signal with a video recording app and then using the analyze video function. If the results are significantly different, you might have identified such a case. 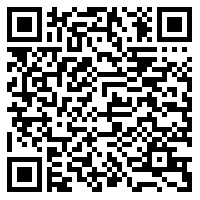