I’ve got a Huawei Webcube that suddenly would not work anymore. Like often when AC powered devices fail, the problem is a broken capacitor in the power adapter. Here’s a quick guide on how to check if this is the problem and how to fix it. 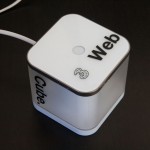 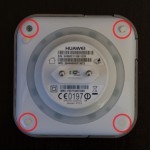 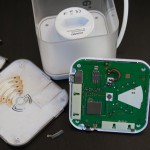 3) Take off the top cover 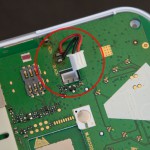 4) Unplug, check voltage, and remove board 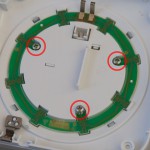 5) Remove 3 screws and take off the plastic plate 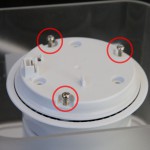 6) Remove another 3 screws and pry open 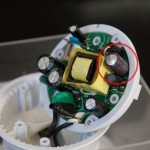 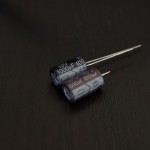 The procedure is basically straightforward with a few things to take care of:

The pictures above are taken from model B153. The disassembly procedure for model B183 is exactly the same, and the layout of the power board is only slightly different. The problematic capacitor sits at exactly the same place.