Some early Seat Leon 1P Facelift cars with Media-In functionality (AUX, USB & iPod support) suffer from a problem where the mid-tones on the left channel are missing when listening to analog audio through the AUX input, which includes listening from an iPod with the iPod adapter cable. This can be resolved in a couple of minutes by replacing the old AUX port with a new and fixed revision. 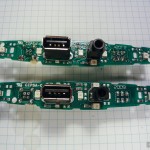 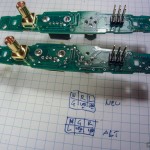 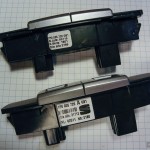 To solve this problem, you need to replace the original panel (part# 1P0035726 GB1) with a new revision that you can order from your dealer under part# 1P0035726A GB1 (make sure it’s the revised “A”-version) for about 35€. This can be done relatively easily and quickly, which I’ll show you step by step: 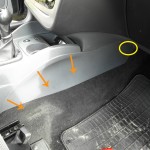 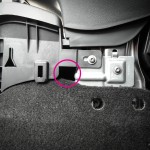 Step 2a: insert the screwdriver 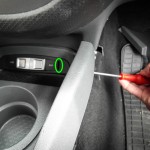 Step 2b: push to release hook at the backside 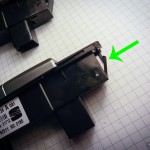 Step 2c: the hook to release 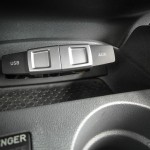 Step 3: pull out the panel 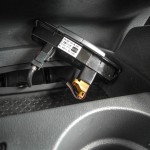 Step 1 (Picture 1): Remove the right cover of the center console by pulling down the underlapping part marked with the orange arrows until it snaps out. Then, pull at the yellow circled area to free it from two plastic clips.

Step 2 (Pictures 2-4): Insert a flat screwdriver into the magenta colored hole (2a). You need to press and release a hook on the panel that is located behind the green circled area (2b). The hook can be seen in picture 4 and locks the panel into the center console. You don’t need to apply strong force.

Step 3 (Picture 5): Once the hook is released, pull out the panel starting from the right edge. Again, do not brute force, it comes out very easily.

Step 4 (Picture 6): Unplug the two cords from the panel by releasing their locks, plug in the new panel and put everything together the other way round.

Hi. I’m having an issue in my 59 plate Leon. The USB function works, but when the auxiliary is plugged in, it says media loading then gives up and reverts back to radio. Any ideas? Thanks

Mine has the same issue, and that’s because for reasons unknown, it doesn’t support ordinary AUX input. The AUX socket can only be used in conjunction with an iPod through the adapter cable, and “media loading” means it’s searching for an iPod but can’t find one and thus switches back to radio.

Hi Mario. Thanks for the reply. Does this mean that my Seat doesnt accept direct aux in for example through my samsung phone? and is this the same for all the Leons in this year/model. Thanks

Yes, that’s what it means.

Here’s a rather complicated workaround that I’ve use for some time: Get an iPod adapter cable (from Seat or BMW) and an old iPod with at least 1 song on it, connect it to the USB, and then you can connect you phone to the AUX IN. This will work but display the track title of the iPod on the car displays.

Hi mario, thanks for the reply, i will give this a try. Is it possible to add Bluetooth for music to the original head unit?
Also could you recommend a BMW/seat cable please?

Hi, there are no easy ways to add Bluetooth to the original headunit… I built a custom Bluetooth adapter for the ipod interface where I connect my Android phone to, but that requires some electronics tinkering and I haven’t published the build instructions yet. As for the cable, just search for “bmw ipod cable” on Amazon, there’s already plenty of cheap aftermarket cables available… they have the iPod dock connector on one end and a USB and 3.5mm audio jack on the other end.

Hi mario, thanks for the reply, i will give this a try. Is it possible to add bluetooth for music to the original head unit?

Mario, great to find an actual solution to this problem on your page! Can you advise where I can buy this part from? As I have tried looking on the web with no joy! Thanks, luke

Hey, I couldn’t find it on the internet either, so I got it from a local car dealer… you can also try VW or Audi dealers, they should be able to order Seat parts too.

Ohhhh!!!i have this problem! It’s fantastic! Now aux is perfect! Thank you

Hi Mario, I have same problem with my seat Leon ecomotive 2010, my aux works but my USB doesn’t, I followed the instructions but when I get screw driver to push the spring, I can’t find any spring there, hence I found the connectors and wires, please can you help me ..thanks Michael

Hi Mario,
How you can open to extract the electronic circuit from facelift?
Did you break it?
My intention is create a pcb only for interface USB male-female plastic part…
Thanks a lot!!

Could we, in theory, solve this by rewiring an aux cable with the R, L & G swapped back the opposite way around?

I tried that, and it works as far as i can tell. I cut open an aux cable and connected: left to right , right to ground and ground to left (not sure if this one is necessary) – from playing device to aux in. Thanks for the article Mario! This helped A LOT! What a weird fault on Seat´s / Vw´s part…

I was thninking about this but I was afraid to broke it. Thanks a lost for sharing.

Hi, Great article. Next question. Where can I get new AUX and USB cables? I can’t find them anywhere online

I found this seller and about to buy it… https://www.lllparts.co.uk/product/1P0035726AGB1/galena-silver Seems some pieces come from china and others from Cezch Republic, so take care with the part number..

Have a sweet melody day!

By any chance do u know how to disassamble the gray parts on the piece? I bought a used part from a car scrapping store and would like to use the gray parts from my old piece, in better conditions…