Klubus is a small and simple Android app to quickly check departure times at all public transport stops and stations across the City of Klagenfurt am Wörthersee, Austria. It is made for people who are familiar with the transport network and just want a quick and simple way to check the departure times, and is now available on the Play Store.

AudioAlign is a tool that I started developing in 2010 for my master’s thesis (and has been actively developed since then), with the goal to create a software for the automatic synchronization of audio and video recordings. Although I never quite reached the point of a fully automatic synchronization system, it showed promising results compared to the few similar commercial applications available on the market, and continues to be a helpful tool for my research purposes. I gave up on the plan to commercialize it due to patenting problems I didn’t know how to deal with, but instead decided on open sourcing it so others could still make use of it and hopefully even help me improve it. Aurio is a library extracted from AudioAlign, providing the underlying core audio processing functionality like an audio processing engine and audio fingerprinting and time warping algorithms. Both Aurio and AudioAlign are now available as AGPL licensed open source software on GitHub.

The ITEC MediaPlayer library for Android has been updated to 1.4.0. This new version mainly improves DASH support, but also has a few bugs fixed, small changes and additions to the MediaPlayer/VideoView API, and improved error/exception reporting.

The DASH MPD parser now covers a lot more use cases, including some of the DASH-IF test vectors for which an evaluation protocol is available in the sources. Experimental playback of dynamic content (live streams) is also possible now, but MPD updates are not supported yet. An important feature that is still missing is support of single-segment streams, which is why many of the test vectors still fail. Anyway, the API of the current version should remain stable for some time while all the missing functionality can be implemented under the hood, if interest calls for it. The demo app has also been updated with the new version of the library and a few usability improvements.

The library is available on GitHub, with updated documentation and sources. Release builds can be obtained from the JCenter repository for easy usage in Android projects through Gradle and Maven. The demo app is online on the Play Store. 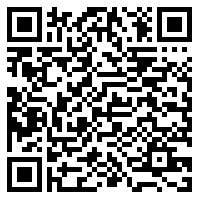 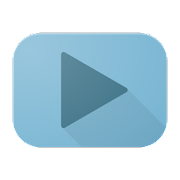 I am currently trying to solve licensing issues on an unreleased project I am working on and want to get rid of all dependencies under the GPL, one of which is the libsamplerate resampling library, which I have been using for a few years through a managed .NET wrapper. It is just a small wrapper library but because it proved to be working pretty stable and I also could not find any other nice wrapper as of today, I moved it to a separate project called SRC.NET and published it on GitHub. SRC.NET has been written for stream processing and comes with both x86 and x64 precompiled libsamplerate Windows libraries. Usage is very simple, a small demo application is included in the repository.

Compiling SQLite as DLL with MSVC

Compiling DLLs on your own can get really messy and take a lot of time (e.g. FFmpeg) if you are not really into this stuff. SQLite is one of the positive examples which make it really easy: download the amalgamation source, and follow the DLL compilation guide. The nicest thing for Windows users is that you can just use the Visual Studio compiler to compile x86 and x64 versions without any configuration or dependencies and just a single short command, and don’t need to fool around with Cygwin/MinGW/MSYS/MinGW-W64/Win-builds etc.

Unfortunately there’s a small detail missing in the SQLite guide, and they don’t seem to have an easy way of contacting them except for an antiquated mailing list. So I’m posting here where nobody is ever going to find it:

Today, if you are a serious amateur who wants to record high quality videos on a budget, you can get a nice DSLR for less than 1000€ which comes with every feature you’ll ever need. If not, you can easily extend the functionality with software add-ons like Magic Lantern. Back in 2008 this wasn’t the case an I had a Canon HF10 camcorder, one of the first to record Full-HD AVCHD video to an SD card. It had a reasonable performance for its price, but sooner than later I was missing some important video features like zebra patterns and manual gain.

Local Audio Broadcast is a simple application that captures the local audio playback in Windows and streams it to a UPnP renderer on the network.

I have originally written it to stream Spotify music playback from my desktop to my HTPC running XBMC, therefore it can also embed the currently playing track title from Spotify into the stream. It is not limited to Spotify though, but can stream any audio playback.